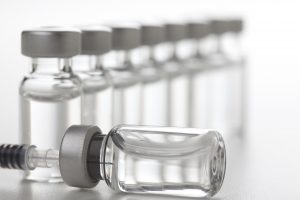 In a survey of its members conducted by the WSAVA during 2016-2017, 75% of respondents confirmed that that problems in accessing veterinary medical products hampered their ability to meet the needs of their patients and 20% assessed the impact of this issue as resulting in a severe restriction on their ability to provide a high level of care.

Dr Olatunji Nasir, Medical Director and CEO of the Truthmiles Animal Hospital in south west Nigeria, one of the countries affected, explained: “We face a Herculean task in trying access everything from basic medical consumables, such as syringes and needles, right up to veterinary drugs. Registration fees are very high because they are the equivalent of what is charged for human drugs despite the fact that the volume used is much lower. The process of registering a new drug can also take up to 36 months which feeds demand for sub-standard products which are smuggled into the country. The procedures for importing drugs are also cumbersome and impractical.”

Commenting, Dr Luca Guardabassi said: “Difficulty in accessing therapeutics to treat patients is a critical issue for companion animal veterinarians in many parts of the world. It causes huge frustration and means that many thousands – probably millions – of animals do not receive optimum care. It’s a situation which requires urgent change and we are determined to bring this about.

“We’re delighted that so many veterinary associations are supporting our campaign and are now preparing for a high-level summit meeting which will be held during WSAVA World Congress in Singapore in September. At this meeting, we will bring together stakeholders from around the world to discuss the issues and recommend practical solutions.”

The WSAVA represents more than 200,000 veterinarians worldwide through its 105 member associations and works to enhance standards of clinical care for companion animals. Its core activities include the development of WSAVA Global Guidelines in key areas of veterinary practice and lobbying on important issues affecting companion animal care worldwide.

The following veterinary associations are co-signatories of the WSAVA’s Position Statement on therapeutic access:

The following WSAVA member associations have endorsed its Position Statement on therapeutic access: