US veterinarian Professor Michael (Mike) Lappin has been elected as the Chair of the World Small Animal Veterinary Association’s (WSAVA’s) One Health Committee (OHC). The OHC works to ensure the prominence of the small companion animal–human interface in the global One Health agenda.

Mike Lappin is the Kenneth W Smith Professor and directs the Center for Companion Animal Studies in the Department of Clinical Sciences at Colorado State University in the USA. He takes over from UK veterinarian Emeritus Professor Michael Day who is taking up new responsibilities with the WSAVA, having recently been elected to its Executive Board.

Created in 2010 at the instigation of Emeritus Professor Day, the WSAVA’s OHC has worked to build international understanding of the importance of companion animal veterinary care in aspects of One Health, including the human-companion animal bond, zoonotic infectious diseases and comparative clinical research. Its activities have included:

Michael Day said: “It has been an honour to have served as the inaugural chair of the WSAVA OHC and we have made great progress in promoting the importance of small companion animals in One Health.”

“I’m grateful to our Committee members who have given freely of their time and I would also like to thank our eight industry sponsors. Without them, our achievements would not have been possible.”

He added: “Mike Lappin has been an active member of the OHC since its early days and has an international reputation for his work on zoonotic infectious diseases.  He is ideally placed to lead the OHC going forward. My interest in One Health has been a consistent feature of my career so I look forward to rejoining the Committee as WSAVA Executive Board Liaison in September 2018.”

Professor Lappin said: “As with Michael, One Health has been my major career interest since completing my PhD studying feline toxoplasmosis. Joining the OHC has been a career highlight and I am honoured to have been elected to follow in his footsteps and to lead the WSAVA’s work in this area. We have a range of activities planned for 2018, including the launch of an online modular continuing education (CE) programme in One Health for WSAVA members.” 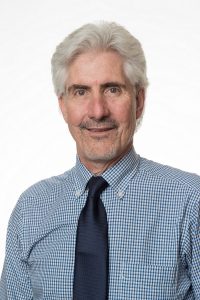 The WSAVA aims to advance the health and welfare of companion animals worldwide through creating an educated, committed and collaborative global community of veterinary peers. It currently represents more than 200,000 veterinarians through 105 member associations.

The WSAVA One Health Committee is supported by: